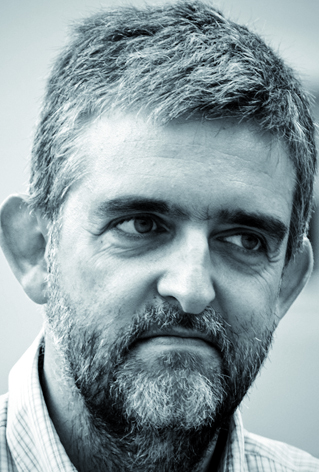 Ignacio Pagonabarraga is full professor of Condensed Matter Physics at Univ. de Barcelona (UB) since 2011, where he had been appointed associate professor in 2001. He obtained his PhD in Physics at UB (1995). He performed post-doctoral stays at Institute AMOLF (1996-98), the Univ. of Edinburgh (1999-2000), and has been visiting professor at different european universities. He has co-authored more than 140 scientific publications in major peer reviewed journals including Science, Nature Materials, PNAS and Physical Review Letters. He was awarded with the Catalan Distinction for the Promotion of University Research for Young Scientists (2004). Member of the Editorial Board of several scientific journals and has served in the scientific committee of numerous international conferences. In 2011 he obtained the Outstanding Referee award of the American Phys. Soc. He is the spanish representative in the Council of the european institution CECAM, and is member of PRACE SSC.

His research interests cus in the physics of soft matter and the understanding of emerging structures and phases in these sytems, both in and out of equilibrium. His research aims at the theoretical knowledge of the collective behaviour of complex physico-chemical systems. He has studied the mechanical properties of granular materials, the electrokinetics of complex and confined systems, the stability of capillary and confined fluid mixtures, and the physics of microswimmers. He has developed and exploited novel mesosocopic methods to analyze the dynamics of soft materials and has benefited from supercoputing facilities, such as MareNostrum. Currently he is also interested in the study of biologically inspired systems, such as active matter or the physics of molecular motors. He has been invited professor at Paris-Sud University (2002), Université Claude Bernard Lyon 1 (2003), University of Edinburgh (2005) and TU Berlin (2010). He has supervised 8 PhD theses.