A new class of light-regulated drug, targeted covalent photoswitches (TCPs) have been developed at IBEC together with collaborators at CID, ICIQ, INA, IRB Barcelona, CIBER-BBN and the Miguel Hernández and Alcalá de Henares universities. TCPs act as prosthetic molecules that can restore photoresponses in degenerated retinas and may help restore vision in cases of retinal degeneration.

Light-regulated drugs like the ones developed in recent years at IBEC can be photoswitched remotely – that is to say, their biological activity can be turned on and off using light. Now, researchers have targeted proteins from the neurons involved in vision, which are not affected by the degenerative processes that destroy photoreceptor cells. Under normal conditions, the photoreceptor cells of the eye – the rods and cones – are those that react to receive light and activate, in turn, other retinal cells. The designed molecules isomerize with light and activate the surviving neuronal receptors involved in sending visual signals to the brain, thus replacing to some extent the functional role of the photoreceptors.

Until now, the type of molecules that can be photoswitched in endogenous receptors – those found naturally in the organism – have been photochromic ligands, freely diffusible small molecules that act directly on these proteins. But they often display low specificity for their target, their remote control is limited to a narrow concentration range, and they are rendered less efficient by dilution in tissue. To avoid these drawbacks, photocontrol of these molecules can be confined to particular receptors; but this comes at the cost of genetic manipulation, which poses other limitations. To overcome these problems, the researchers developed a new chemical strategy to photoswitch protein activity that has the advantages of attachment to the target, but can be applied to endogenous proteins without requiring genetic manipulation. These TCPs might work in a variety of organisms, including human, for which limited (opto)genetic manipulation techniques are currently available. This prospect makes the results on retina photosensitization especially appealing. 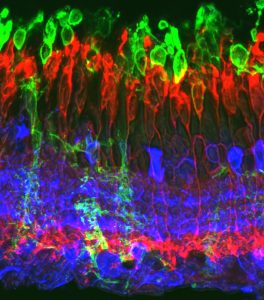 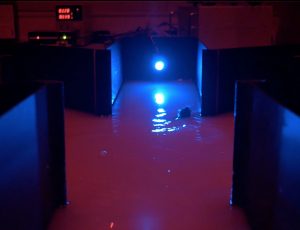