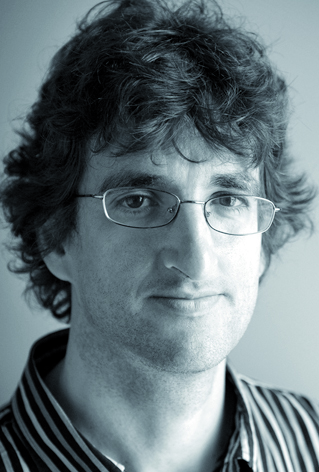 Gabriel Gomila (Ciutadella, 1970) is associate professor (Professor Agregat) at the Department of Electronics of the University of Barcelona. He obtained his PhD in Physics in 1997. From 1999 to 2001 he was post-doctoral researcher at the Université de Montpellier, at the Università di Lecce and at the Universitat Politècnica de Catalunya. In 2001 he obtained a Ramon y Cajal Fellowship at the University of Barcelona, where he got the tenure position in 2005. Since 2007 he is Group Leader at the Institut de Bioenginyeria de Catalunya. Gomila has written over 70 publications in major international scientific journals including Nature Materials, PNAS, Nano Letters or ACSNano. He has been Principal Investigator in 7 research projects and is External Evaluator of the Spanish Agencia Nacional de Evaluación y Prospectiva (ANEP), of the Austrian Research Promotion Agency (FFG) and of the European Research Council (ERC). He received the Grant for Research Intensification in 2008.

His research interests are focused on the development of novel nanoscale electrical measuring techniques for Material Science and Biology, with an emphasis on scanning probe microscopy methods. The final objective of his research is to unravel the electrical properties of biological matter (biomolecules, biomembranes, viruses, bacterial cells, etc.) with nanoscale spatial resolution, and design, based on them, new label-free biological characterization methods and new electronic biosensors. Currently the main challenges faced include the development of an electric nanoscale tomographic system for sub-surface imaging and of a nano-electrophysiological system for electrical activity recording in small scale biological systems.