Inversions are a type of genetic variants that change the orientation of a DNA segment and that are known to have phenotypic consequences in diverse organisms. However, the specific characteristics of inversions make their study especially difficult, even with the newest genomic sequencing methods. Therefore, despite affecting a large fraction of the genome, very little is known about the contribution of human polymorphic inversions to disease susceptibility and other health related traits.

The IN2DIAG project (INversions to DIAGnostic) takes advantage of a novel high-throughput technique for genotyping multiple human inversions in hundreds of individuals developed and optimized as part of the ERC Starting Grant INVFEST (2010-2015) and the ERC Proof of Concept Grant INGENIHUS (2014-2015). The technique fills the need of a methodology to determine the presence of inversions in a quick and easy way and opens new opportunities to characterize their functional effects and use them as diagnostic markers. In particular, the idea is to carry out the first global study of the association of inversions in 10 common diseases and other health-relevant traits. Thus, by demonstrating the potential applicability of the technology and increasing its commercial value, the project aims to bring closer to the market the analysis of these previously uncharacterized genetic variants, helping to fulfill precision medicine promises. 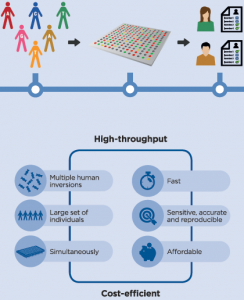 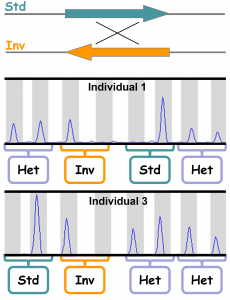 The innovative idea behind the EPIPHARM (EPIgenetics of PHARMacogenetics) project is to develop a package demonstrating the feasibility of a high-throughput tool for epigenotyping Cancer of Unknown Primary (CUP) to identify a drug sensitivity fingerprint based in the DNA methylation profile of non-coding RNA (ncRNA) loci.

CUPs are a heterogeneous group of cancers defined by the presence of metastatic disease with no identified primary tumor at presentation. The CUP outcome is extremely poor with an expected death within the first six months of the diagnosis. CUP has been reported to comprise approximately 5% of all cancer cases in the world. Despite the introduction of new image technologies and immunohistochemistry methods, more than 50% of CUPs remain anonymous regarding their primary tumor site of origin and, as mentioned, their prognoses are dismal. For most patients with CUP, recommended treatments involve just empiric chemotherapy that achieve the described modest clinical benefit. Thus, it is necessary to have better tools to guide the pharmacological treatment of CUP cases. We have identified CpG methylation changes in a wide variety of ncRNAs that showed a tumor-type specific pattern that has allowed the successful development of the EPICUP assay for the diagnoses of CUPs that it has been licensed and it is undergoing final clinical validation. Witihin the ERC PoC, we plan to optimize a ncRNA DNA methylation assay that includes a user-friendly and cost effective approach to improve the therapy of CUP cases by providing a more personalized drug treatment. 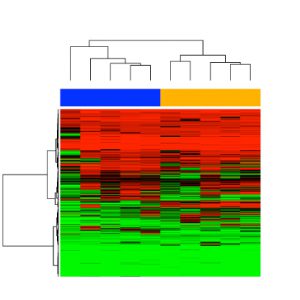 Neurotechnology uses brain imaging to improve, repair or somehow alter brain function and, ultimately, cognitive or motor capacities in the human. Advances in basic neuroscience have helped move the sector from expensive, invasive devices to non-invasive, more affordable systems. This trend facilitates the introduction of neurotechnology in a wide range of clinical contexts and, unlocks a vast market for non-clinical home use. This PoC introduces MNeuronic, a non-invasive wearable neurodevice that fosters memory encoding by capitalizing on precisely-timed windows of receptive brain states of its users. MNeuronic aims at being presented as a support for cognitive rehabilitation addressed to patients suffering from mild to moderate memory decay, as well as a cognitive training system addressed to healthy users who want to exercise their memory. MNeuronic is the core module of a closed-loop EEG device (see figure) that reads out and analyses current brain activity in real time, predicts favorable upcoming brain states, and delivers information to the user on a ‘just-in-time’ basis. Unlike any extant technology so far, MNeuronic’s decoding/classification algorithms embody a proactive approach based on the phase of neural oscillations that allows unprecedented temporal precision. The underlying technology developed for MNeuronic can also be marketed to other companies interested in exploiting its high-resolution, proactive principles for further neurotechnology applications in recreation (neurogaming, BCI control), learning/education, neurocognitive training or, wellness.

The main objective of the IBIS project is to develop an ultrasensitive, compact and low cost platform for the label-free quantitative detection of single proteins, and specifically the characterisation of nanometric extracellular vesicles. We will develop a prototype to transfer our novel detection scheme from the laboratory to the clinical environment and, based on user-feedback, develop a commercialization plan.

In the fight against cancer and neurodegenerative diseases, exosomes are being perceived as potential biomarkers that can be sampled non-invasively. Reliable quantitative detection and analysis is needed to exploit the full potential of exosomes in diagnostics and therapy.

The proposed innovation comprises a novel all optical approach: In-line Balanced Interference Scattering (IBIS). The balanced detection is implemented by a tailor-made attenuation mask into the back-focal-plane of a microscope, allowing the detection of particles as small as 15 kDa. The IBIS signal is directly proportional to the particle volume and can hence be used to quantify size distributions of nanoparticles reliably. IBIS microscopy only requires low-cost consumer grade detectors and an extremely simple optical setup.

Specific goals of this proposed PoC project are:

Related ICFO news and images on the topic: https://www.icfo.eu/newsroom/news/3381-look-at-that-protein 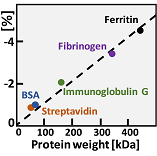 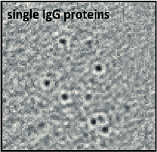 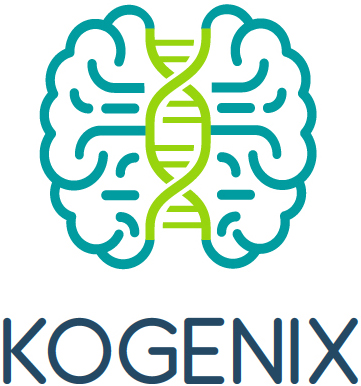 Klotho is a large protein produced in the kidney and brain that acts as a circulating growth factor, involved in neuroprotection, neuroregeneration, remyelination and cognition in the CNS. Thus, Klotho-deficient mice show many signs of human aging including cognitive decline, synaptic loss, abnormal CNS myelin, osteoporosis, atherosclerosis and die prematurely. Moreover, in humans, Klotho levels are very low in the aged brain. In contrast, transgenic Klotho mice live 30% longer, are healthier and smarter, and gene therapy approaches for boosting the level of Klotho protein in the CNS led to significant improvements in memory and cognition.

The company, based in Boston (US), was founded in August 2016 by Dr. Miguel Chillon, an ICREA researcher at UAB and VHIR, Dr. Assumpció Bosch, Associate Professor, Department of Biochemistry and Molecular Biology at UAB, Dr. Carmela Abraham, Professor of Biochemistry, Pharmacology and Experimental Therapeutics at Boston University (BU), and Menachem Abraham (CEO), Director on the boards of a dozen private and public companies. 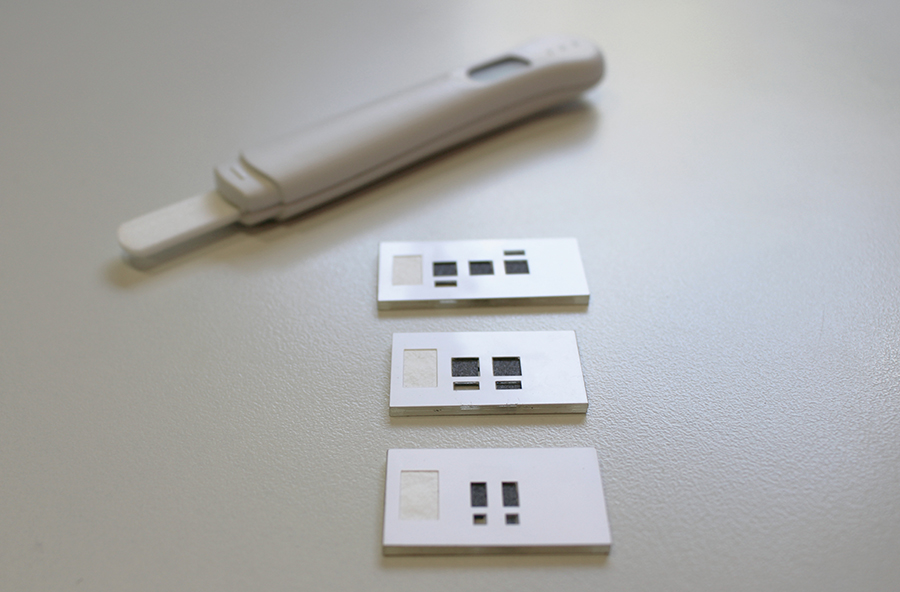 Fuelium SL develops ecofriendly and single use paper batteries that are able to deliver electrical power to a wide variety of portable devices. The mission of the company is to provide a clean and efficient alternative to conventional button cells.

Fuelium batteries are made of paper, carbon and small quantities of non-toxic metals and can be fabricated with low-cost reel-to-reel processes. They are activated by the addition of a single drop of an aqueous liquid: water, urine, plasma/serum, saliva, etc…and can deliver power in the range of miliwatts for several hours. These features make them particularly suitable to power in-vitro diagnostics applications (IVD). The company aims to cover the IVD needs by providing power to digital tests in sectors like woman health monitoring, infectious diseases, drugs of abuse, food analysis or environmental control.

Compared to their competitors, fuelium batteries can be tailored to deliver the energy required by a particular application, they do not generate any harmful or toxic waste – what allows them to be disposed in domestic bins without the need of any recycling procedure – and they reduce manufacturing and integration costs of the devices that require power on-board.

Fuelium was founded in 2015 due to the know-how accumulated by the Microfuel cells research group led by Prof. Neus Sabaté at the Institut de Microelectrònica de Barcelona (IMB-CNM-CSIC) and the CSIC patent that protects the technology was licensed to the company in 2016.