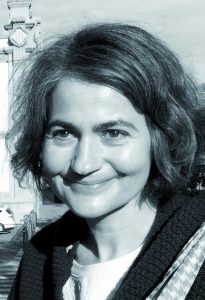 Born in Barcelona (1972), I obtained my degree in Mathematics from Universitat de Barcelona (1995) and completed my PhD at Universitat Autònoma de Barcelona (2001). I am Associate Professor at the Department of Mathematics and Science Education of this University (since 2005) and Extraordinarious Professor at the Department of Mathematics Education at the University of South Africa (since 2013, renewed in 2017). Together with tasks of PI of research projects, I serve as member of the scientific boards of several institutions. Including council grants of Catalonia, Spain, US and South Africa, I am active in the international community through participation and leadership in committees (e.g., Language and Mathematics -ERME), survey teams (e.g., ALM-2016), editorial boards (e.g., MERJ), and keynotes (e.g., Trondheim-2017). I am the founder and coordinator of the Group of Educational Practice and Mathematical Activity -SGR2014. I have supervised 8 PhD theses and 6 tenure grants.

I explore student mathematics learning in multilingual classrooms in neighbourhoods of relative poverty in Barcelona and Pretoria. To the end of changing deficit-based perspectives, I draw on methods within critical discourse analysis for theoretical elaboration, philosophical discussion and empirical analysis. My threefold conceptualization of language systems, languages capitals and mathematics learning opportunities as discursive co-constructions has moved mathematics education research forward in the understanding of the multilingual complexity of all processes of mathematics learning. As well, I am engaged with development projects that attempt to put my research at the service of teachers and students in the school for responsibly describing, and communicating with practice. The ultimate goal is strengthening the pipeline within the school and between the worlds of practice and research, but also finding ways to build dialogue with those wielding political power.