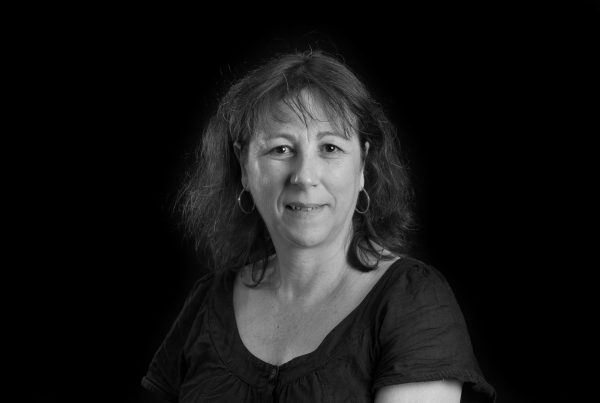 She obtained the BS in Biology in 1985 at Universidad Autónoma de Madrid. For her PhD studies she joined Juan Ortín's lab at the CBMSO and worked on the biology of influenza virus, characterizing molecularly and functionally the viral polymerase. After getting the PhD in 1989 at UAM she stayed in Ortín's lab at CNB until 1994 when she moved to London to the lab of Nick La Thangue at the National Institute for Medical Research. There, she worked on the G1/S transition in the mammalian cell cycle focusing in the transcription factor E2F, with fellowships from the HFSO (at NIMR) and EU-Marie Curie (at Glasgow University) Programs. In 1998 she returned to Spain with a reintegration contract to join the HSA21/Down syndrome Research group lead by Xavier Estivill (IRO, Barcelona). In 2002, she joined ICREA and established her own line of research on the functional characterization of the family of kinases DYRK and their relationship with disease at the CRG in Barcelona.

The view on how protein kinases translate cell signaling into the regulation of gene expression programs has been expanded in the possible substrates beyond the paradigmatic transcription factors to encompass histones, chromatin remodelers or other components of the basal transcription machinery that are directly modified at specific genomic loci thus regulating the expression of coding and non-coding RNAs. Our group is interested in these regulatory activities of the DYRK family of kinases. Dysregulation of DYRKs leads to disease in humans. In particular, DYRK1A overexpression in Down syndrome (DS) individuals correlates with a wide range of the DS pathological phenotypes. In addition, truncating mutations in one DYRK1A allele have been described in patients with general growth retardation and severe primary microcephaly, highlighting the extreme dosage sensitivity of this gene. We aim to dissect how DYRK activities are linked to human pathology.