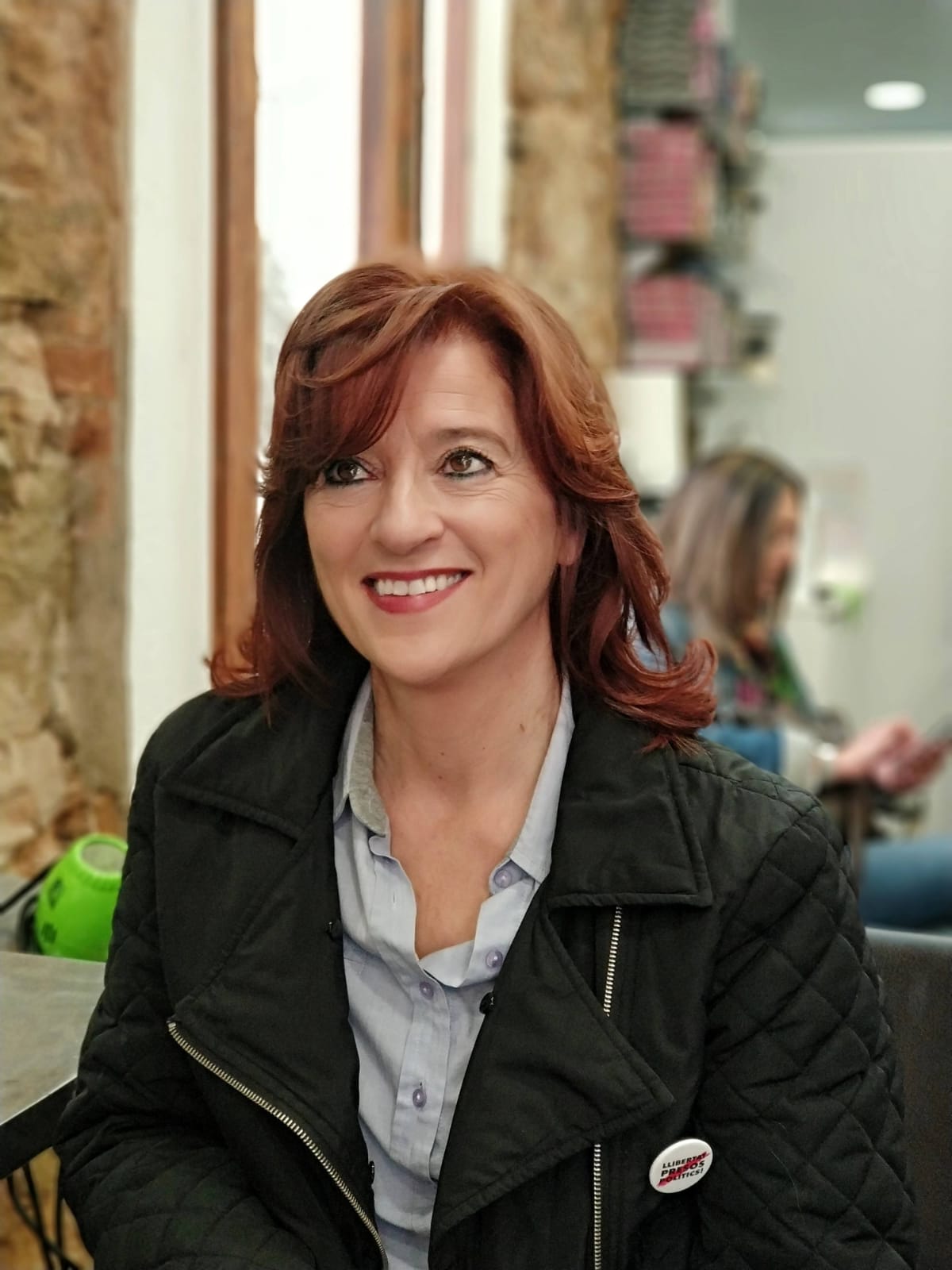 Tere M-Seara (PhD. Mathematics, U. Barcelona, 1991) is full professor at the Dpt. de matemàtiques of the Universitat Politècnica de Catalunya. She is the leader of the UPC Dynamical Systems group, formed by more than 20 researchers (https://dynamicalsystems.upc.edu/en) working on theoretical and computer aspects of finite and infinite Dynamical Systems, with focus on Celestial Mechanics and mathematical Neuroscience. She has supervised 9 PhD. students. In 2015, she received the first Barcelona Dynamical Systems Prize and in the fall of 2018 she hold an Eisenbud Professorship (Simons Foundation) at MSRI (U. Berkeley).

She belongs to the editorial board of Nonlinearity, SIADS, NOdea; SEMA-SIMAI Springer series  and has published about 60 papers including articles in the journals: Adv. Math., Comm. Math. Phys, Comm. Pure and Applied Math., Inventiones Mathematicae, J. of Differential Equations, J. of Nonlinear Science, Memoirs of the A.M.S.

Tere M-Seara works in Dynamical Systems, in analytical tools to study their global dynamics. She has stability results: conditions to guarantee that the orbits remain in some compact set, but mainly instability ones  also known as Arnold diffusion.

Her works developed two tools which have been widely used in the area of Arnold Diffusion: the study of normally hyperbolic invariant manifolds and the theory of the "scatering map".

She also works in a rigourous approach to singular perturbation theory: developing methods which allow to measure exponentially small phenomena which are relevant in the study of the global dynamics of a system like the exponentially small splitting of separatrices, one of the main phenomena producing chaos.

She has one of the few results proving the existence of Oscillatory Motions in several models of Celestial Mechanics.