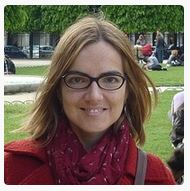 Aida Torres PÃ©rez is Associate Professor of Constitutional Law at Pompeu Fabra University (Barcelona). She received her LL.M and JSD from the Yale Law School. She has been a visiting scholar at the European University Institute (Florence), the Universityof Trento, the University of Maastricht, the Max Planck Institute for Comparative Public Law and International Law (Heidelberg),the Court of Justice of the European Union (Luxembourg), and the Danish National Research FoundationâEURTMs Centre of Excellence for International Courts, iCourts (Copenhagen). Since 2011, she is an external legal expert of the Centre for Judicial Cooperation at the EUI (Florence) and has participated in several projects funded by the European Commission as the UPF coordinator. She is the IP of a project funded by the Spanish government (2018-2020) on the new challenges for the Rule of Law in the EU, which builds upon a previous research project on the constitutional impact of European economic governance.

Her research has primarily focused on the plurality of systems of rights protection in Europe and the interactions among the Court of Justice of the European Union, the European Court of Human Rights, and constitutional courts; and European constitutionalism and the impact of economic governance. At present, she is developing a line of research on the independence of the international judiciary. The increasing influence and power of international courts has raised concern regarding their legitimacy, which is premised to a large extent upon their independence. The diverse and partial approaches in examining specific courts hinders a meaningful understanding of what judicial independence means and requires in the international sphere. Her main goal is to provide an analytical framework to conceptualize judicial independence at the international level from which to assess, critically examine, and guide institutional design and practice.