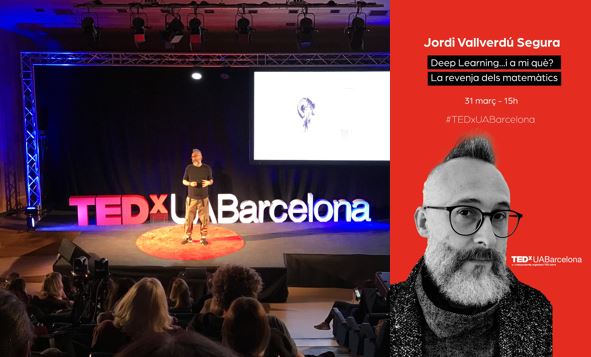 Jordi Vallverdú, Ph.D., M.Sci., B.Mus, B.Phil  is a Catalan investigator who has devoted his research to the cognitive and epistemic aspects of Philosophy of Computing, Philosophy of Sciences, Cognition, and Philosophy of AI. After his Bachelor in Philosophy at U. Barcelona (1996), he obtained his M.Sci and Ph.D. at U. Autònoma de Barcelona (2001, 2002, respectively). He also obtained his Bachelor in Music (ESMUC, 2011). He has had research stays at Glaxo-Wellcome Institute for the History of Medicine (1997), J.F.K. School at Harvard University (2000), and Nishidalab at Kyoto University (2011, under a JSPS Grant). He has been visiting professor at Technische Universität München, and the University of Reading, and has been invited by a large number of institutions to lecture and teach specialized seminars. In 2019 won the Best presentation award at the HUAWEI Neuro-inspired, cognitive, and unconventional computing workshop, Kazan (Russia).

His latest research has been focused on the Causal challenges of  Machine Learning techniques, with special emphasis on Deep Learning. As one of the most promising advances, Statistics meets Causal graph reasoning (via Directed Acyclic Graphs), with several conceptual paths still to be explored and clearly identified. Counterfactual reasoning is a fundamental part of these open debates, which are under the analysis of Prof. Vallverdú.

Currently is finishing the book "Causality for Artificial Intelligence. From A Philosophical Perspective ", edited by Springer Editorial.