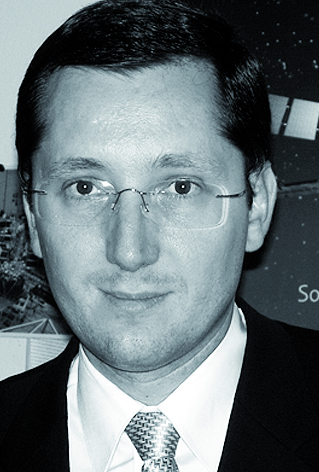 Adriano Camps is a Telecommunications Engineer and PhD from the Universitat Politècnica de Catalunya (UPC), Barcelona, Spain, in 1992 and 1996. In 1991-1992 he was at the ENS Télécommunications de Bretagne, France, and in 1999 at the Microwave Remote Sensing Laboratory, University of Massachusetts, Amherst. He has published over 180 papers, over 350 conference presentations, holds 10 patents, and has supervised 22 PhD theses, and more than 110 Bachelor and Master Eng. theses. According to Google Scholar his work has received more than 5477 citations, and his h-index is 37. He is co-founder of BALAMIS SL and MITICS SL. He co-leads the UPC NanoSat Lab and is the Scientific Coordinator of the CommSensLab - Unidad de Excelencia María de Maeztu of UPC. In 2004 he received one of the European Young Investigator Awards, and in 2011 he was elevated to the grade of Fellow of the IEEE. He is the 2017 President of the IEEE Geoscience and Remote Sensing Society.

His research interests are focused in microwave remote sensing, with special emphasis in microwave radiometry by aperture synthesis techniques (ESA SMOS mission and related concepts), in remote sensing using signals of opportunity (GNSS-R), and nanosatellites as test beds of new remote sensing instruments. He is the coPI of the first UPC nano-satellite 3Cat-1, a 1U CubeSat with 7 small technology demonstrators and scientific payloads, and the PI of 3Cat-2, a 6U CubeSat with the first dual-frequency dual-polarization GNSS-R payload. Both nano-satellites are scheduled for launch in H1 2016. In May 2017, ESA selected 3Cat-4 within the Fly your satellite program for a launch from the International Space Station. 3Cat-4 is a 1U CubeSat for GNSS-R and microwave radiometry technology demonstration.