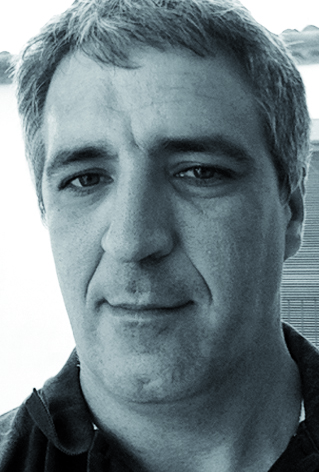 Miquel Costas graduated in Chemistry at the University of Girona (UdG) in 1994, where he also pursued PhD studies in the group of Prof. A. Llobet. Research work during the PhD involved scientific stays at Texas A&M with Prof. DHR Barton (1996), and in Basel with Prof. A. Zuberbüehler (1998). After his PhD dissertation, he moved to the group of Prof. L. Que, Jr, at the U. of Minnesota. In 2002 he returned to the Dept. of Chemistry of UdG with a Ramón y Cajal Fellowship. In 2006 he initiated his independent career as a group leader in QBIS-CAT (www.udg.edu/qbis). Visiting scientist at Carneggie Mellon University (2005 with Prof. E. Münck) and Debye Institute invited professor at the University of Utrecht (2014). In 2008 he received an ICREA Academia, and an ERC Starting Grant. In 2014 he received the award of the RSEQ to excellence in research. He’s coauthored over 100 publications in international journals, which have received over 5800 citations. Hirsch index is 7.

My research interests are broad and lay in the fields of coordination, bioinorganic, supramolecular chemistry and catalysis applied to chemical synthesis and energy related problems. I sought to obtain fundamental understanding of the mechanisms by which the O-O bond is broken and formed at transition metals with biological relevance, especially iron, copper and manganese. I am also interested in generating and studying highly reactive chemical species with relevance in metal mediated O2-metabolism. This knowledge is fundamental towards the development of bioinspired oxidation catalysts to carry out selective oxidation reactions under environmentally benign conditions. In the supramolecular chemistry area, my goal is to develop nanoscopic scale molecules that could act as nanovessels, nanoreactors or functional materials, via self-assembly directed by coordination to metal ions.