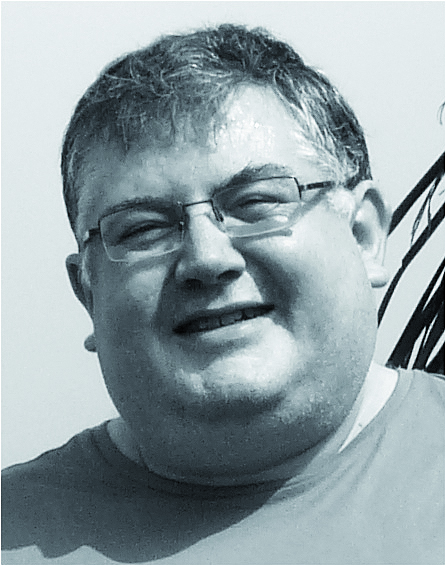 Manel del Valle (Terrassa, 1963) received a degree in Chemistry from the Universitat Autònoma de Barcelona (UAB), and completed a Ph.D. in Analytical Chemistry (1992) from the same university. Currently he is associate professor (1997) of Analytical Chemistry at UAB, and head of the Chemistry Studies. He completed postdoctoral stages in Newcastle (UK), Porto (Portugal), Graz (Austria) and Mexico. He was awarded the Young Researcher prize in Analytical Chemistry (SEQA, 1992), the prestigious Young Researcher Distinction for the Promotion of University Research (2001-2004) from the Generalitat de Catalunya, and an ICREA Academia (2010 and 2015). He is member of Editorial Board of the journals Talanta, Journal of Sensors and Bionics and Biomimetics. He has (co)supervised 20 PhD theses, and accounts for more than 200 publications and 4000 citations in ISI journals. He holds a h index of 34 (ISI), 36 (SCOPUS) or 42 (Google Scholar).

Manel del Valle is a founding and active member of the Sensors & Biosensors Group at the Autonomous University of Barcelona, where he leads lines of research on biosensors using electrochemical impedance transduction (genosensors and aptamer based) and electronic tongues employing potentiometric, voltammetric and impedimetric sensors. The latter are the paradigm in chemical sensing, that entails the use of sensor arrays with cross-response features plus advanced computer data processing, in a bioinspired manner. Late research has clearly reached the convergence of technologies: nanotechnology, biotechnology, information science and cogno systems; this corresponds to the incorporation of nanotechnology ideas to the development of biosensor array systems or bioelectronic tongues.