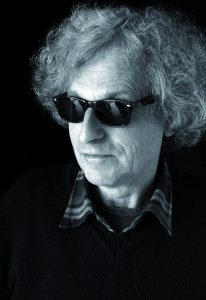 Full Professor at the Universitat Pompeu Fabra. He graduated in the Universitat Autònoma of Barcelona in 1976 and PhD in Modern History in 1983. Researcher at the IAS (Princeton) in 1987-1988 and visiting scholar at Harvard (1997, 2000, 2012 and 2013) and NYU (2004) and Princeton (2006) and Chicago as Tinker Fellowship (2009). He has published several books as sole author and has contributed to many other edited books and journals. In the last period: Endless Empire. Spain’s Retreat, Europe’s Eclipse, America’s Decline, Madison, 2012 (edited with McCoy and Jacobson) and Slavery and Antislavery in Spain’s Atlantic Empire, NY, 2013 (edited with Schmidt-Nowara). La nación imperial. Derechos, representación y ciudadanía en los imperios de Gran Bretaña, Francia, España y los Estados Unidos (1750-1918), Barcelona, Edhasa, 2 vols., 1376 pp.; The Imperial Nation, Princeton University Press (forthcoming).

He works on two different research fields. One of them concerns to the Catalan and Spanish history of the Nineteenth and Twentieth-Centuries. Nonetheless, he is working and writing on the Spanish and European Empires of Modern World. He had published extensively on the political economy, politics and culture of the Spanish Empire, specifically on the Spanish Caribbean and the Philippines. He published a complete comparative history of political inequality (forms or representation; exclusion and segregation; unequal juridical régimes) in four Liberal empires (Spanish, French, British and the US) since 1750 up to 1918. In all four cases these aspects are placed in the political history of both, colonies and metropolis. Next project is considering to go back to a more precise explanation of how political responses and the expansion of social reform in the metropolitan and colonies as well settings influenced the general development of imperial policies all over the world.