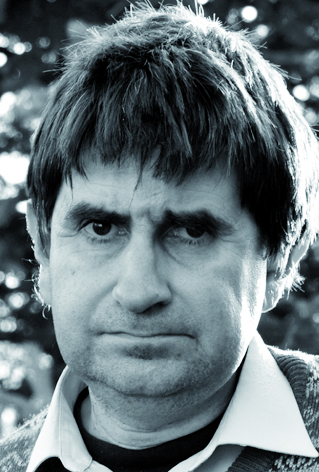 Benjamí Iñiguez was born in Palma in 1969. He obtained the PhD in Physics from the Universitat de les Illes Balears in 1996. His doctoral thesis targeted the analytical modeling of smallgeometry MOSFETs. He worked as a postdoctoral researcher at the Rensselaer Polytechnic Institute (Troy, NY), and at the Université catholique de Louvain (Louvain-la-Neuve, Belgium), where he was a Marie Curie Grant Holder during 24 months. In 2001 he joined, as a Titular Professor the Department of Electronic, Electrical and Automatic Control at the Universitat Rovira i Virgili (URV, Tarragona), where he was promoted to Full Professor in 2010. In 2004 he received the Distinction from the Generalitat de Catalunya for the Promotion of University Research, in the category of Young Researchers and in 2008 the ICREA Academia Grant. He has coordinated one FP7 EU-funded project, participated as team leader in three more frFP6 and FP7, and is currently coordinating one H2020 project.

His research interests include the physics, parameter extraction and compact modeling of advanced and emerging semiconductor devices for circuit design and simulation. Currently he is working on the development of design-oriented compact models for AlGaN/GaN HEMTs, organic and amorphous oxide TFTs, and novel SOI and Multi-Gate MOS structures. Compact models are the type of device models use by circuit design tools. Therefore, the compact models will be instrumental to extend the applications of those emerging devices.