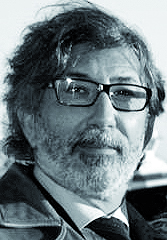 Francesc Illas carried out his chemistry degree studies and PhD at the Universitat de Barcelona where he became Full Professor of Physical Chemistry in 1992. He spent periods at different research centres (IBM Almaden Research Center and Los Alamos National Laboratory) and has been invited professor at Universita’ della Calabria (Italy) and Université Pierre et Marie Curie (Paris, France). He received the Distinguished Professor Mention for the Research Promotion awarded by the Generalitat de Catalunya in 2001, the Bruker Physical Chemistry Research Award of the Spanish Royal Society of Chemistry in 2004 and the ICREA Academia in 2009 and in 2015. In 2009, he was elected Fellow of the European Academy of Sciences. In 2012 he joined the Editorial Board of Surface Science and of Theoretical Chemistry Accounts. He published over 550 papers in international journals which received over 14000 citations (h-index = 57). At present he serves as the Director of IQTCUB and of XRQTC.

In a broad sense, the research activities of Francesc Illas develop in the field of computational materials science where computers are used to investigate the properties of molecules, nanostructures and solids. The main goal of this scientific discipline is to make use of first principles methods based on quantum mechanics to provide information not easily accessible from experiments and, at the same time, to contribute to unbiased interpretation of observed phenomena. The research being now carried out has a strong focus on properties of materials governed by magnetic coupling, involves the study of the atomic and electronic structure and chemistry of isolated and supported nanoparticles and, encompass unraveling molecular mechanisms of heterogeneous catalysis in various technologically relevant processes. The ultimate main aim is to contribute to the design of new materials with tailored physical and chemical properties.