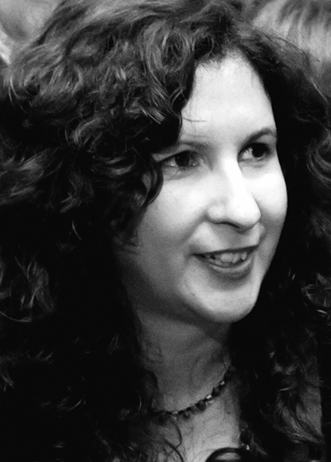 Eva Miranda (Ph.D. in Mathematics, Universitat de Barcelona, 2003) is an associate professor at Universitat Politècnica de Catalunya and member of the BGSMath. As a postdoc, she was a recipient of a Marie Curie EIF contract (Université de Toulouse) and a Juan de la Cierva contract (UAB).  She has been invited visiting professor for extended periods at Université de Toulouse,  MIT,  Université de Paris 6 and 7 and at Observatoire de Paris. She is the director of the Laboratory of Geometry and Dynamical Systems-EPSEB. Eva Miranda has published over 35 papers including articles at Annales Scientifiques de l'École Normale Supérieure, Advances in Mathematics, Journal de Mathématiques Pures et Appliquées, Communications in Mathematical Physics and IMRN. She has supervised several Ph.D. theses and postdocs and has been plenary speaker in the top workshops in her field. In 2017 she has been awarded a Chaire d'Excellence of the Fondation Sciences Mathématiques de Paris.

Eva Miranda's research is at the crossroads of Differential Geometry, Mathematical Physics and Dynamical Systems. Her area of expertise is Symplectic and Poisson Geometry. She works with objects appearing on the interface of Geometry and Physics such as integrable systems and group actions acquainting for symmetries of the systems. Her research deals with geometrical and dynamical aspects of the singularities arising in Symplectic and Poisson manifolds as well as with mathematical models for their quantization.

In 2009 together with Victor Guillemin (MIT) she started the study of a class of Poisson manifolds called "b-Poisson" and their generalizations. The upshot of these structures is that they model some classical problems in Celestial Mechanics such as the 3-body problem. Eva Miranda aims at contributing to long-standing problems for these classical systems by combining techniques from different sources such as Symplectic Topology, Dynamics and Poisson Geometry.