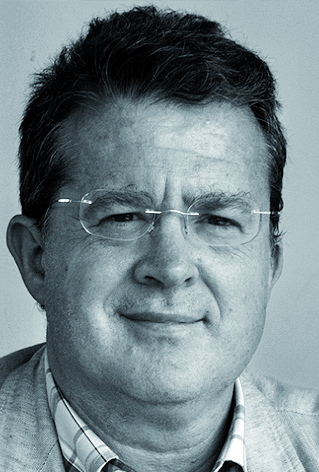 José María Micó (Barcelona, 1961) is Full Professor at the UPF, where he taught since 1992. He obtained his B.Sc. (1984) and his Ph.D. (1988) at the UAB. He has also taught at the University of Girona (1984-1992) and as a Visiting Professor at several Italian universities. He created and directs the Master Program in Creative Writing of IDEC-UPF. His philological articles have been published in international journals like Bulletine Hispanique, Criticón, Hispanic Review or Italique. His work includes poetry, literary studies (the most recent are Las razones del poeta and Clásicos vividos), philological editions of Spanish authors and anthologies of classical poetry. He has also translated great European poets like Jordi de Sant Jordi, Ausías March and Ludovico Ariosto: his version of Orlando furioso won the National Prize for Translation in Spain and Italy.

My interests are the multilingual classics and the rise of European literary canon, specially in three crucial periods and some key authors that need to be understood from the fact that the translation is the ultimate philology: Dante’s Commedy and its exegetical problems, the first Catalan poets of the fifteenth century (specially Ausiàs March), and the renewal of poetic language held by some Spanish, French and Italian authors who lived between 1550 and 1650. My most recent works are the book “Para entender a Góngora” (Barcelona, Acantilado, 2015), and two critical antologies of Spanish Literaure: one about Cervantes (Barcelona, Austral, 2016) and the other about the six greatest poets of the sixteenth and seventeenth centuries ("El oro de los siglos", Barcelona, Austral, 2017). Also, I participated in a collective edition and translation of the work of the catalan poet Ausiàs March (Madrid, Cátedra, 2017).