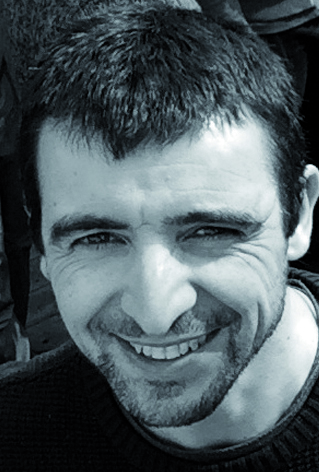 Dr. Xavi Ribas (born in 1974, Santa Coloma de Farners) obtained his B.Sc. Chemistry degree in 1996 at the University of Girona (UdG), and his PhD in Chemistry in 2001 at UdG. His academic career continued with a postdoctoral position at Institute of Material Science of Barcelona (ICMAB-CSIC) in the period 2002-2004. Afterwards, he obtained a “Juan de la Cierva” position and promoted to Associate professor in Chemistry at UdG by the end of 2006. He got different grants to be highlighted, such as a Juan de la Cierva postdoctoral award (2005), ICREA Academia (2010 and 2015) and an ERC- Starting Grant project (2011). He has conducted several scientific missions at international research institutions, such as University of Basel (in 1999), Stanford University (in 2000-2001), Instituto Tecnológico e Nuclear Lisboa (in 2002 and 2004), Zurich - ETH (in 2005 and 2006). He has been the co-director of 9 PhD thesis, and currently is co-directing 6 PhD students and 4 postdocs.

Research focused on in-depth mechanistic understanding of the organometallic chemistry of coinage metals, and specially the fundamental M(I)/M(III) redox processes for copper, silver and gold. He is also interested in the mechanistic aspects behind first-row transition metal-catalyzed reactions for organic transformations, i.e. C-C and C-heteroatom cross-coupling reactions, C-H activation with directing groups, etc. Other research interests fall in the field of high oxidation states of other transition metals, and their involvement in organic transformations (i.e., C-H functionalization, alkane and alkene oxidations). The development of nanocages for catalysis and host-guest reactions is also pursued. The research group of Dr. Ribas was established in 2006. He has published more than 100 papers (h index 33), 4 book chapters and is the editor of the book entitled “C-H and C-X functionalization. Transition metal mediation”, published by RSC-Publishing in 2013.