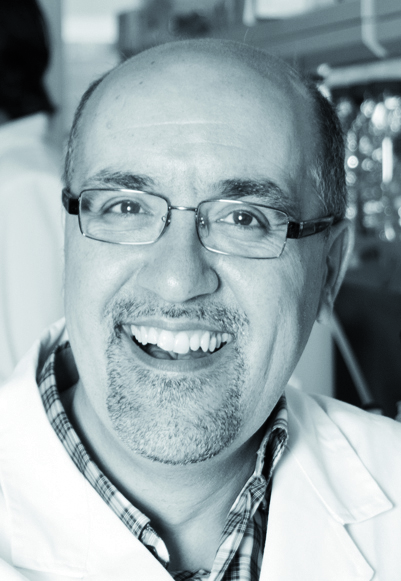 Ramon Brugada (1966, Banyoles) obtained his MD in 1990 at the Universitat Autònoma de Barcelona. He specialized in Internal Medicine at Emory University, Atlanta, and in Cardiology at Baylor College of Medicine, Houston. After 16 years, he returned home in 2008 to launch the new Medical School at the University of Girona. He presently works at the three main pillars of the academic project in Girona: i) TEACHING: He was the first Dean of Medicine. He led an innovative problem-based-learning teaching proposal. The first class, 2014, ranked number 1, among 37 medical schools in Spain, in the MIR exam. Since 2015 then he remains Professor of Medicine. ii) CLINICAL CARE: Chief of Cardiology at the Hospitals Dr Trueta and Santa Caterina. Director of the Cardiovascular Genetics Unit, specialized center for cardiac inherited diseases. iii) RESEARCH:   Director of GenCardio at the Institut d’Investigació Biomèdica de Girona (IDIBGI).

GenCardio investigates the mechanisms associated with sudden cardiac death in the young from different aspects of biomedicine: genetics, epigenetics, molecular biology, basic electrophysiology, bioinformatics and clinical cardiology. The group has published extensively in the field and has made seminal contributions, like the publication of the first genes for Brugada syndrome and short QT syndrome. Among the ongoing research projects stand the Moscat project (Sudden Cardiac Death in Catalonia) as well as the Girona Vital project, the largest public access defibrillation program in Europe. GenCardio actively participates in translational research and development of diagnostic tools. Thus, in the last years it has developed genetic panels for sudden cardiac death, sudden unexpected death in epilepsy and congenital cardiac diseases. In 2011 GenCardio launched the Diagnostic laboratory, a referral laboratory for genetic diagnosis of inherited cardiac diseases.