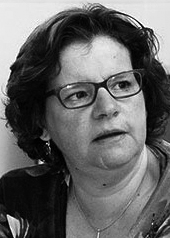 Luisa F. Cabeza (Barcelona, 1967) is Full Professor of the program Serra Húnter at the University of Lleida. She graduated at Institut Químic de Sarrià (Universitat Ramon Llull, Barcelona) on Chemical Engineering in 1992 and on Industrial Engineering in 1993, obtained the Master on Industrial Management in 1995, and her PhD on Industrial Engineering in 1996. She was a post-doctoral researcher at the USDA, ERRC in Philadelphia from 1996 to 1998, and in 1999 she joined the University of Lleida were she created the research group GREA. She has authored more than 290 peer reviewed publications and several book chapters. She is very active in different international forums such as the International Energy Agency (IEA), the Intergovernmental Panel on Climate Change (IPCC), the RHC Renewable Heating & Cooling - European Technology Platform, and the PPP SPIRE.

Her research interests are focused in energy efficiency and renewable systems. Currently, she is focused mainly in thermal energy storage, from materials to systems and applications, with big interest in the environmental point of view, including embodied energy and CO2 mitigation considerations. Recently, she has developed a deep interest in removing barriers for energy systems deployment, especially for thermal energy storage, energy efficiency in buildings and solar energy. Such barriers include human barriers, regulatory barriers, scientific barriers and technological barriers.