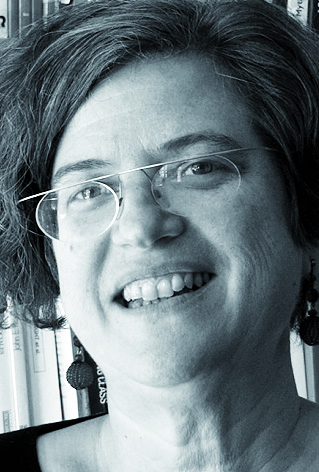 Professor of Social Anthropology at the University of Barcelona (UB). She studied at the UB and at the New School for Social Research in New York, and obtained a MA degree in 1984 and a PhD in 1989. She has received among others a Woodrow Wilson Foundation Fellowship and the Rockefeller Foundation Fellowship for Collaborative Research. She was a member of the Advisory Council of the Wenner-Gren Foundation for Anthropological Research (New York) and is past President of the European Association of Social Anthropology (EASA). She is presently Secretary and Officer of the American Association of Anthropology. She was a Fellow of the Amsterdam Institute for Social Science Research, University of Amsterdam (2014-2016) and has been invited as Professeur invitée Labex TransferS, Paris, and as Hallsworth Visiting Professor, at the University of Manchester (2016). She is co-editor of the European Journal of Sociology and associate editor of the American Ethnologist.

Her most recent project “Grassroots Economics: Meaning, Project and practice in the pursuit of livelihood” [GRECO] is funded by an ERC Advanced Grant (2013-18). It addresses how ordinary people’s experiences, their social and cultural constraints together with their intellectual models for understanding economic processes determine the livelihood projects they design, the practices they undertake and the effects of these on the large scale economy. A previous project “Addressing the Multiple Aspects of Sustainability: Policy Programs and Livelihood Projects”, funded by the Ministerio de Economía y Competitividad (2012-15), addressed conflicts emerging around economic, social and environmental crises. As scientific coordinator of a 7FP EU project “Models and their Effects on Development paths” [MEDEA] (2009-12) she explored the impact on ordinary livelihoods of industrial restructuring resulting in two edited volumes published by Routledge.